Suzy for the Russian Christmas.

Suzy was borne an orphan. Her father left her mother when he learned that she was pregnant. And her mother died soon after labors of birth-giving. After that Suzy was put to one orphanages of New Jersey where she happily survived mysterious disease. Till three years old she was ill and ugly child and no one wanted to adopt her, but when in fourth year of her life she became suddenly healthy and beautiful she started to protest against any proposed adoption saying that to be adopted for her means to betray her father and mother about whom she knew nothing save names. She never knew despondency because since five years old, when she learned letters she started to write poetry.

All misfortunes of her life never disturbed her, because she felt herself the poetess. And she was reading her poems in churches and libraries, when there happened the days of young poets. Her most adored poet was Biblical King David, and higher than him she esteemed only Our Lord Jesus Christ counting His prayer beginning with words “Our Father” most beautiful poem in whole history of human race.

When she was twelve she decided to try to publish her poetry. And she started to send through Internet her poems to different magazines. Only one edition that published her that year was Times Literary Supplement. Usually this magazine published only mature poets, and she got on its pages because she didn’t mention her age. She had not understood her success and decided that she was better to write the prose. And to learn what kind of prose to write better she began to read well-known writers and soon became absorbed in books. When she was fourteen in the book of Henry James “The Portrait of a Lady” she had read that the author enthusiastically spoke of some Russian writer by the name of Ivan Tourgeneff. And she found in library of her orphanage book of this Russian that was titled “Fathers and sons”. This book astonished her by that evident fact that Americans and British don’t write in this style. She could not explain the difference and began to search other books by this author. And she soon found two more – namely “Roudin” and “Nobleman’s nest”. They were some sadly unsad, strange and teased her curiosity. And she decided that she to learn Russian language. In school she was studying French and Spanish and knew them badly, but she hoped that she will learn Russian well.

She found Russian family that needed babysitter and bought manual with CDs and started to study Russian. She learnt Cyrillic alphabet in two weeks, but there her troubles only began. As soon as she tried to read she understood how difficult these all to pronounce. Difficult was everything starting with very simple vowels and ending with stresses in proper places. But these all didn’t dismay her and she went on. And after half a year of regular conversations with Russians and studies in free time she started to speak in this language. She began to read Russian books to children and it was even harder than textbooks. So she got acquainted with Russian geniuses like Pushkin, Lermontov and Agnia Barto. So in sixteen she had read all Tourgeneff in Russian, downloading his books from Russian websites. There were not limits to her joy. And with this time yet one thing had coincided – American magazines started to publish her poems and short stories. That brought no money but happiness to see her words printed overcame all.

When she finished high school and worked her first year as librarian in female prison for monthly pittance that allowed her to write on, she was acknowledged as poet of year on www.poetry.com, and there was huge prize. And Suzy decided that this time she to visit Russia to see Russian Christmas which befalls on 7th of January according to ancient ecclesiastic Julian calendar that was saved by Russian Orthodox Church, that was for ages only Church in Russia, even when most of the other Churches after Catholics turned to new Gregorian calendar. She wrote with soft-tip pens of different colors in her diary the next:

Poem was right about inner self of hers. She drank cup of tea celebrating her new poetic feat and after that she started on her way to airport. In the bus she opened book that was fare well gift of Russians with whose children she was babysitter. In this book she found old portrait of some old man, she knew that such thing Russians call icons and venerate them. She smiled to this old man and said “If you are saint then present to me an adventure.” The name of old man was Saint Nickolay, she knew that in USA and other world this man is better known under his Scandinavian variant of name which is Santa Claus. But she never understood how usual man can be saint, and what it means.

When she landed in Moscow Sheremetievo-2 airport she hailed taxi and asked to go to Red Square, all business with her hotel and lunch she wanted to settle after that.

On a Red Square the first thing she found was church, and she was bit astonished because she knew only about mausoleum of Lenin. She entered this church named after Kazanskaya icon of Saint Mary, The Mother of God, leaving her valise at the entrance.

Inside she soon found icon of this saint old man she had seen in book and instantly recognized him.

“Where is my adventure?” She asked him merrily, and it seemed that he smiled and even winked to her in response but she was not sure.

When she exited the church she saw that her valise disappeared with money, credit cards and all documents save her passport which she stored in back pocket of her jeans. She sat on the church stair began to sob.

She didn’t know what to do.

Across the pavement at the wall of Historical Museum was sitting two men. One of them was dressed and had make up of Lenin and another of Marx.

When seeing that she was wailing, Lenin rose from the bench and come to her.

“Chto sluchilos?” He asked her in Russian.

“Can you speak Russian?” He said.

“Da, da!” She whispered and all their further talks were in Russian.

“And what is left to you after robbery, have you though anything?” Lenin asked.

“Do you have where to live?”

“Then come along with me I will show you the way.”

“I understand it,” he smiled. And soon after he cleared make up and changed to normal clothes they went to Metro, which is the name of Moscow subway.

When they exited the Metro, Suzy understood that they were in some suburban district. They boarded bus, and soon they got in place with similar houses.

“This is Novogireevo,” Lenin said.

“That is not the Moscow-city?” Suzy asked.

“No, it’s still Moscow,” he consoled her. And they came to entrance of one of these houses. House was cheap, there were graffiti, bottles and gaspers on the stair.

“Here you will live as long as it will be necessary,” Lenin said, and opened with his keys door to one of apartments.

They entered in little and poor but accurate hall-room.

“I live here with my son,” Lenin said and added taking off his shoes. “He is disabled.” Then he shouted “Nikolay, we have the guest for Christmas.”

“Father, I thought that you will be later,” someone said from the nearest room.

“Nikolay, be polite and do meet our guest,” Lenin said. And then young good-looking man appeared in wheel-chair in worn-out fatigues.

“Good afternoon. My name is Suzy,” she said and gave him her hand for handshake.

“I’m Nikolay, you may call me just Kolya,” he said, and lightly shook her palm but she felt that his hand was strong by tenderness with which he seized hers.

“Since now I will be on the sofa in the kitchen, and she will live in my room,” Lenin said and went to wash hands.

At the dinner when it became obvious that she had not a soul in whole world save Lenin and Kolya, Russians said that while things were getting settled she would live in their apartment and help to Kolya in housework.

“I must be the clown for tourists to have something for living. I’m physicist by profession,” Nikolay senior said.

“You worked for defense, this warhead stuff?” Suzy asked thoughtfully.

“As for me, I’m writing poetry,” Suzy smiled.

“That’s my son who is artist in our family,” Nikolay senior said. “You have seen canvases in his room.”

“They are very good,” Suzy said.

“What’s use of it? I’m disabled and painter, this way I will never get married,” Nikolay junior said.

“No. You’ll get married. I will care about you,” Suzy blushed.

“Don’t look at his disability to walk, it was made by bullet that had crushed his spine in Chechnya,” Nikolay senior said.

“Yes, he’s our hero, and he is nobleman. We even have some sort of estate. Part of house of our ancestors was granted to us by local authorities on former lands of our family,” Nikolay senior said.

“Almost so,” Nikolay senior said and shook his head laughing.

“I dreamt about it for several years,” Suzy nearly sobbed.

“Then we are your people,” Nikolay senior said and left kitchen to give to young ones to be by themselves. 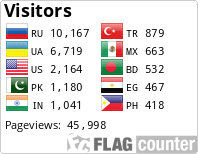